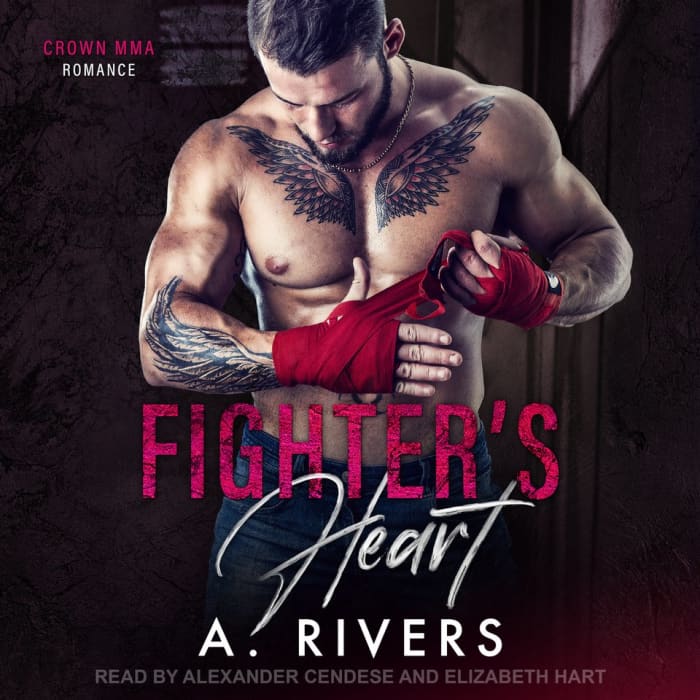 He’s tattooed, cocky, and hot as hell. The MMA superstar everyone loves to hate. Now it’s my job to clean up his image… before it’s too late.

I never meant to become the P.R. specialist for the biggest jerks in professional sports. Unfortunately, I built a reputation for turning douchebags into media darlings, and now I’m stuck.

I know all about men like Jase Rawlins and have the emotional scars to prove it. I want nothing to do with him, but my boss makes an offer I can’t refuse. My dreams are finally within reach, and the more I get to know Jase, the more I wonder if I’ve gotten him all wrong. He may be bossy and infuriating, but he’s hiding a heart as massive as his ego.

Can I trust the feelings growing between us when my career and his freedom are on the line? 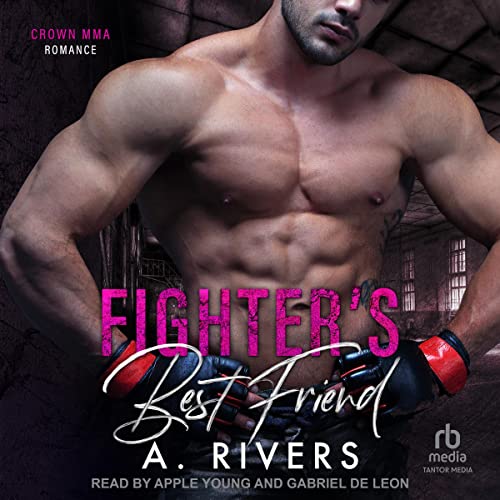 My best friend is hot, rich, and emotionally unavailable. Falling in love with him is the worst idea ever, but try telling that to my heart.

As a doctor who aced her way through medical school, I should be too smart to fall for Gabe Mendoza, a man who’s married to his MMA career. For years, I’ve patched his wounds and cheered him on, but I’m tired of hoping he’ll wake up and see what’s right in front of him. I’m ready to find someone who will put me first.

The last thing I expect is for Gabe to scare off my dates and tell me all the dirty things he wants to do to me. He asks for a chance, but with the fight of his life on the horizon, his attention is divided, and I’m scared that when push comes to shove, I’ll be left heartbroken.

Can I trust Gabe enough to fight for our happily ever after? Or was our end written before it even began? 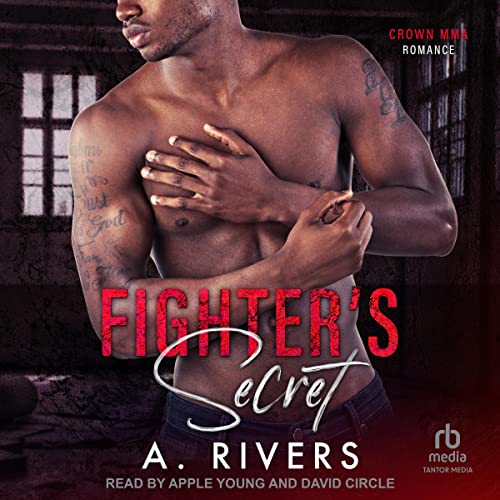 He’s too wild, too unpredictable, and completely off-limits by my coach’s decree.

My life imploded and now I’m halfway around the world, sleeping in my brother’s spare room, and trying to get my sh*t together. A new relationship is the last thing I need. Especially one with my coach-slash-brother’s protege, cocky cage fighter Devon Green.

Devon’s big heart, sexy swagger, and determination to coax me out of my shell appeal more than they should. I’ve spent years building my defenses, but every stolen moment with him tempts me to tear them down. Unfortunately, I need to keep my hands to myself unless I’m willing to risk losing my home, my job, and my family.

I’ve stepped into the ring dozens of times before, but fighting for love is the most terrifying prospect of all. When the final buzzer sounds, will Devon and I be left standing? 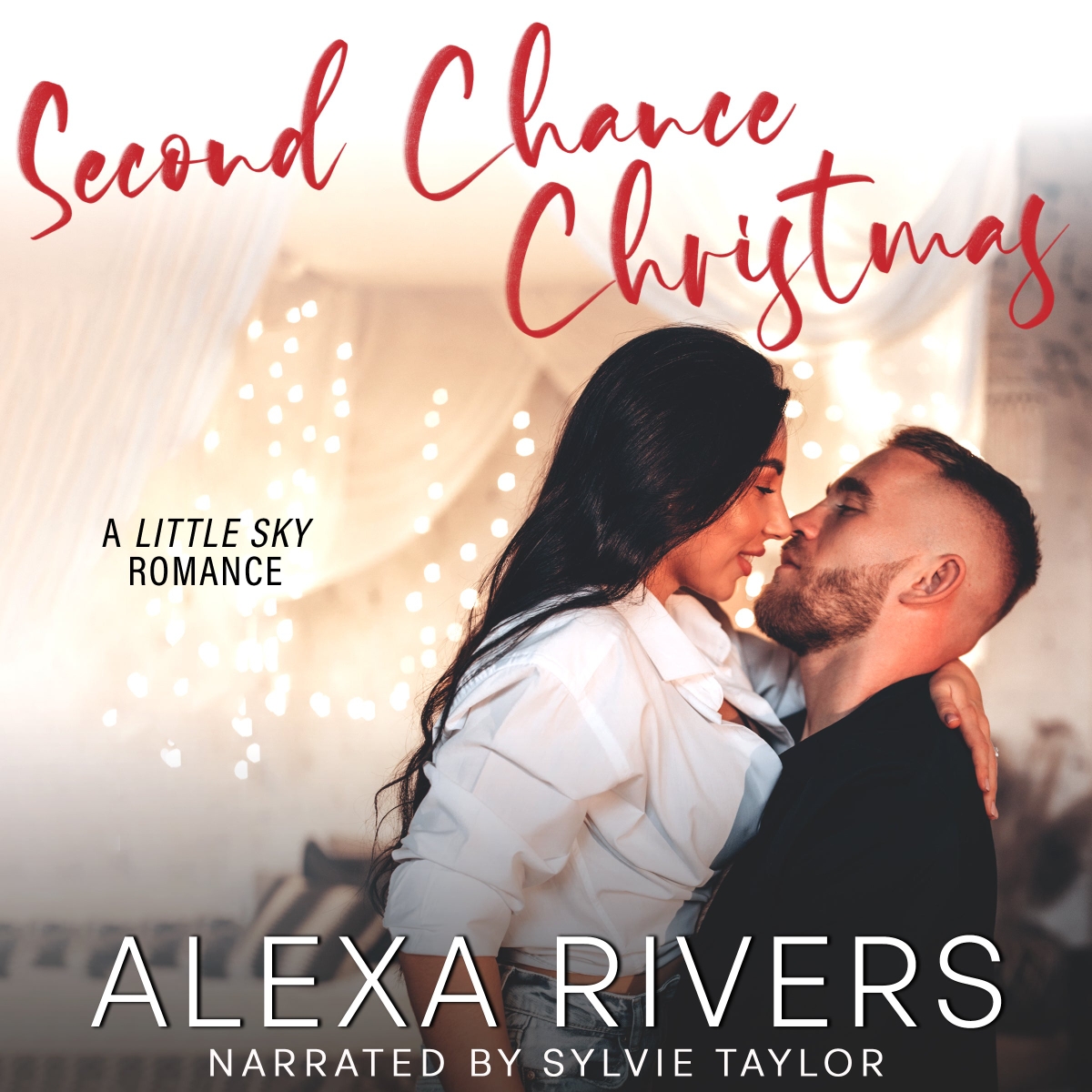 Will a flighty free spirit and a rugged Irish bartender have their second chance at love this festive season?

Evie Parata breezed out of her small town as a teenager to see the world and never looked back. But lately, the years of constant motion have weighed on her, and with her first Christmas without her mother approaching, she’s lonelier than ever. Going home to regroup seemed like a great plan. Getting stranded outside her ex’s bar? Not so much.

While Davy O’Connor is willing to invite Evie into his home, falling for her is another matter entirely. He’s been there, done that, and has the emotional scars to prove it. But despite his best intentions, he can’t seem to keep his heart – or his hands – to himself, which will surely be a problem when she skips town. Again.

With lingering feelings, and a few new ones, can they overcome their painful past to take a second chance at love? Or are they destined to go their separate ways when Christmas ends? 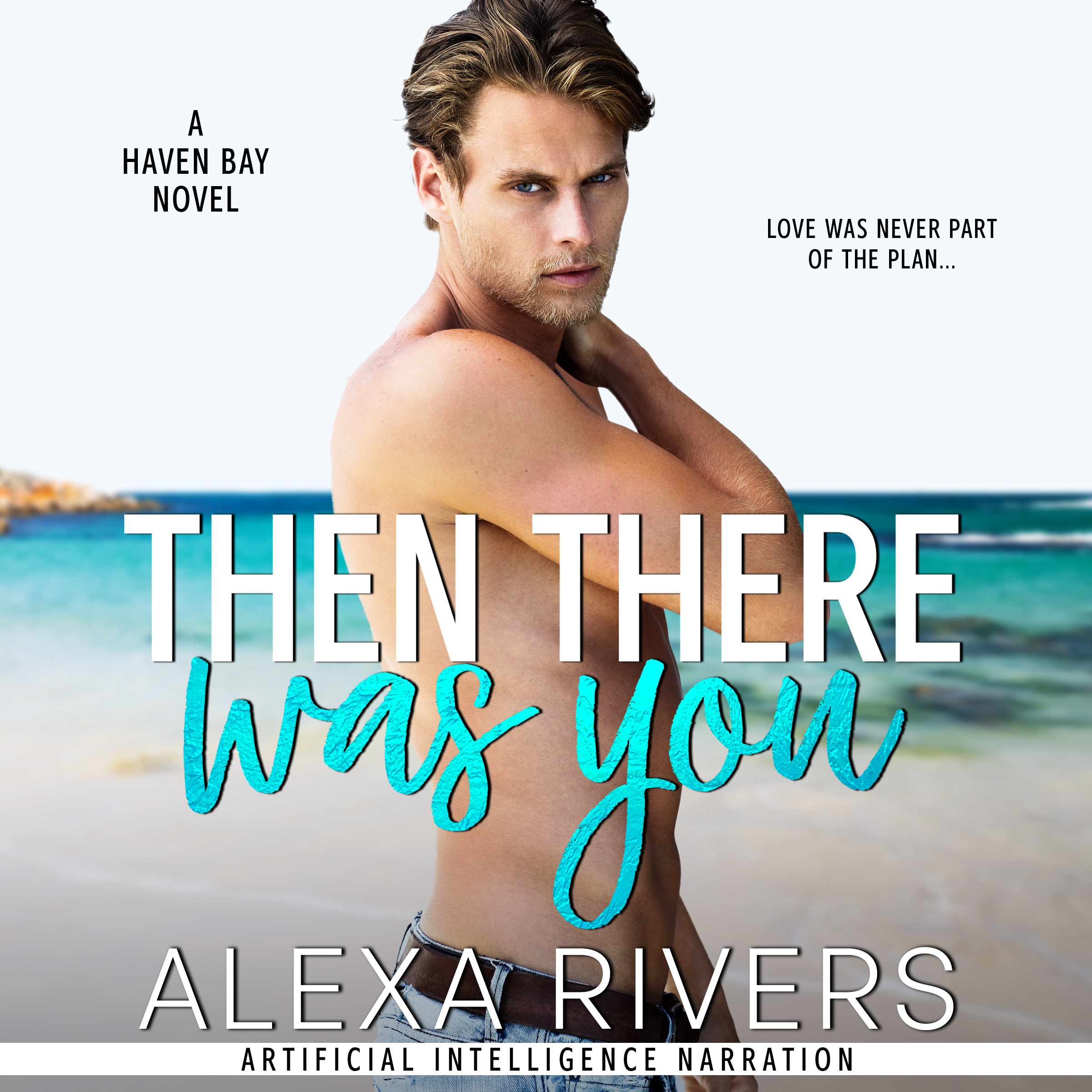 Then There Was You (AI-Narrated Audiobook)

Kat Hopa has spent the past three years renovating her beachside lodge in idyllic Haven Bay, and she has no intention of selling it to a corporate suit—not even one as handsome as Sterling Knight.

Straightlaced Sterling has one goal: to get his hands on Kat’s property. He wants to get the job done and leave the tiny tourist town as quickly as possible. When he and Kat strike a deal, he never expects to trip head over heels for the enchanting widow.

Stolen kisses lead to crossed lines, but Kat didn’t count on a second chance at true love—especially not with a man like Sterling. Will she be able to open her heart again? 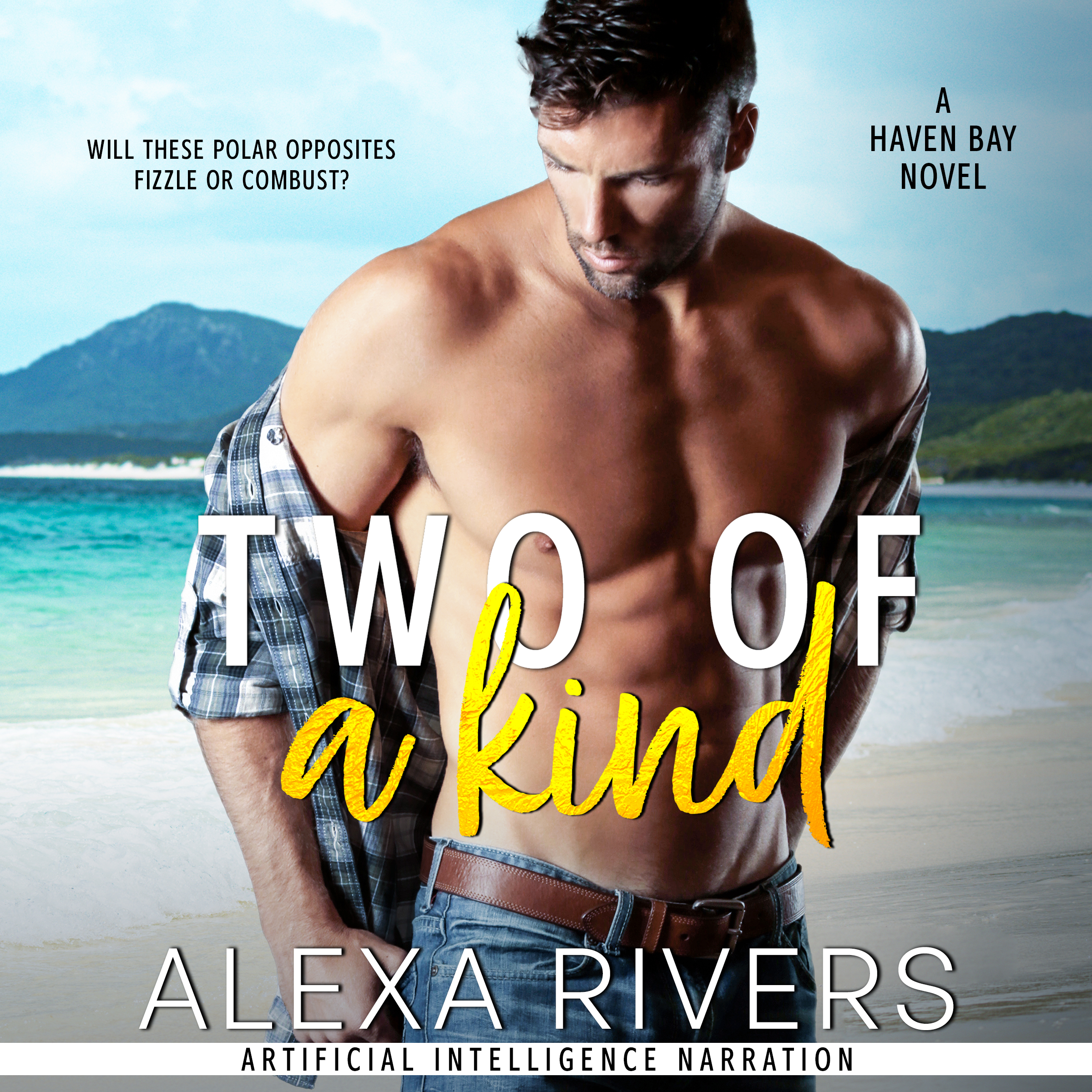 Two of a Kind (AI-Narrated Audiobook)

He’s a professional adventurer. Her only adventures have been between the pages of her favorite novels. When they share a mind-blowing kiss, will these polar opposites fizzle or combust?

Blogger Brooke Griffiths has spent a lifetime being held back by illness, but that’s about to change. She’s finally healthy enough to pursue her dream of hiking to Mt Everest base camp, and the first step is convincing broody Jack Farrelly to help her prepare. The only problem is, they exchanged a mind-blowing kiss weeks ago, and he never called. In a town the size of Haven Bay, that’s downright awkward. But she can put her pride aside to herself–and her followers–that they’re capable of overcoming any adversity, right?

Jack has dated a woman in the public eye before, and has the emotional wounds to show for it. He’s smart enough to learn from his mistakes, which means staying away from Brooke even if he’d enjoy the challenge of helping her get ready to hike Mt Everest. Unfortunately, denying her proves impossible—both professionally and personally—and before long, he’s in deeper than he ever imagined possible.

When old wounds are reopened, can Brooke and Jack overcome the pain of their pasts and take a chance on love? 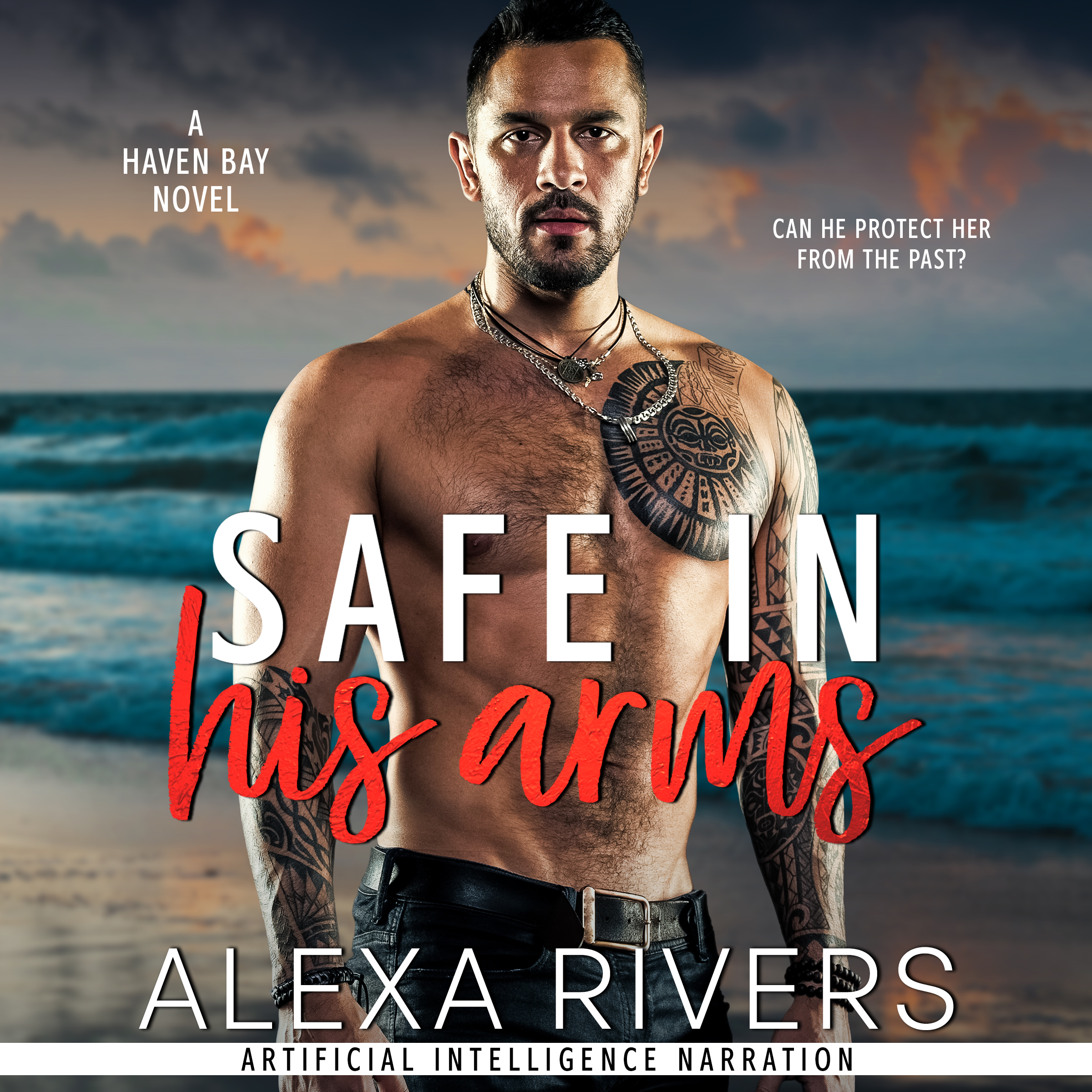 Safe In His Arms (AI-Narrated Audiobook)

She’s running for her life. He’s hiding from his past. When the two collide, can they emerge with their hearts intact?

Fleeing from her violent ex, Megan Talbot seeks refuge in the charming beachside town of Haven Bay. The kind-hearted locals are happy to help her recuperate without interfering—all except brooding, tattooed Tione, the cook at the B&B where she’s staying. He’s made it clear he thinks she’s trouble, but despite his distrust, she can’t seem to stay away from him. After all, who could resist a bearded hulk whose life is dictated by his four rescue dogs?

Tione Kingi just wants to be left alone. After his life in Silicon Valley imploded, he returned home and reinvented himself. Now, he has a few close friends, a simple job, and a cabin on the edge of the forest. He doesn’t need a pretty woman with haunted eyes turning him inside out with her every hard-won smile, and he especially doesn’t need whatever problems are following close on her heels.

The more time they spend together, the harder it is for Tione to deny the feelings growing between them. But Megan isn’t the only one with secrets, and when their pasts catch up with them, everything—including her life—hangs in the balance.

Signup to receive a free copy of Fighter's Frenemy when it releases in February or March of 2022. You will also receive regular updates, sales, new releases, and deals.

You have successfully joined my newsletter. Please check your inbox to find your first email. You may need to look in the Spam or Promotions folders.