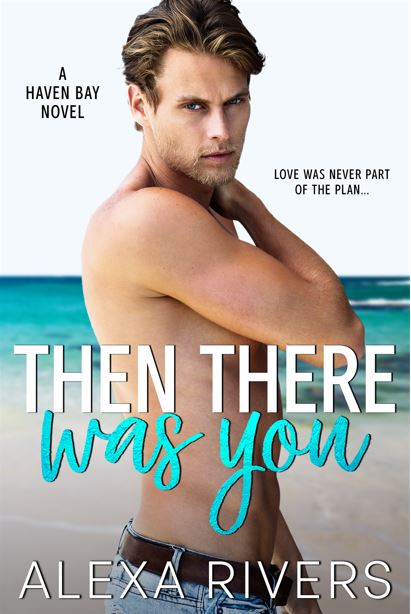 Then There Was You (Haven Bay 1)

Her life crashed and burned, but she rebuilt from the ashes. Now a stranger wants to take away the only thing she has left.

When Kat Hopa lost her husband, her B&B in Haven Bay became her sanctuary. With every room she renovated, she put a piece of herself back together too. So when Sterling Knight knocks on her door with an offer to buy her property, she isn’t interested–no matter how intriguing she finds the shadows behind his icy blue eyes.

Sterling is determined to prove himself at work, and that means ensuring that his company’s next project–on Kat’s land–is a success. Now all he has to do is convince the stubborn (and distractingly beautiful) owner to sell. Ignoring his intense attraction to her is impossible, and before long, Kat–and the tight knit bay community–are inching their way into his heart.

Kat never imagined she’d get a second chance at true love, and especially not with someone who’s as much in need of fixing as she is. Sterling never expected to meet a woman who’d make him consider giving up everything he’s worked so hard for. Can Kat and Sterling overcome their painful pasts to take a chance on happily ever after?

Get the book for FREE here: https://books2read.com/then-there-was-you-hb 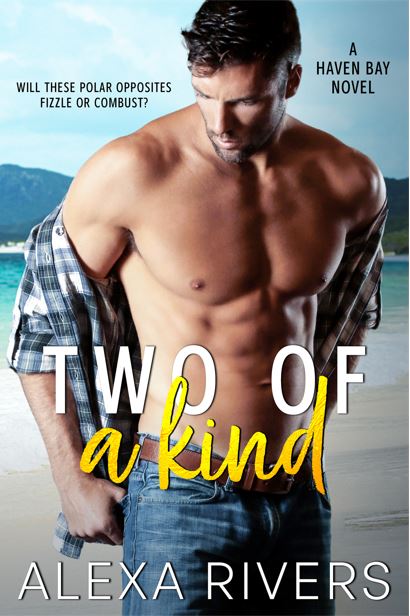 He’s a professional adventurer. Her only adventures have been between the pages of her favorite novels. When they share a mind-blowing kiss, will these polar opposites fizzle or combust?

Blogger Brooke Griffiths has spent a lifetime being held back by illness, but that’s about to change. She’s finally healthy enough to pursue her dream of hiking to Mt Everest base camp, and the first step is convincing broody Jack Farrelly to help her prepare. The only problem is, they exchanged a mind-blowing kiss weeks ago, and he never called. In a town the size of Haven Bay, that’s downright awkward. But she can put her pride aside to herself–and her followers–that they’re capable of overcoming any adversity, right?

Jack has dated a woman in the public eye before, and has the emotional wounds to show for it. He’s smart enough to learn from his mistakes, which means staying away from Brooke even if he’d enjoy the challenge of helping her get ready to hike Mt Everest. Unfortunately, denying her proves impossible—both professionally and personally—and before long, he’s in deeper than he ever imagined possible.

When old wounds are reopened, can Brooke and Jack overcome the pain of their pasts and take a chance on love?

Get the book here: https://books2read.com/two-of-a-kind-hb 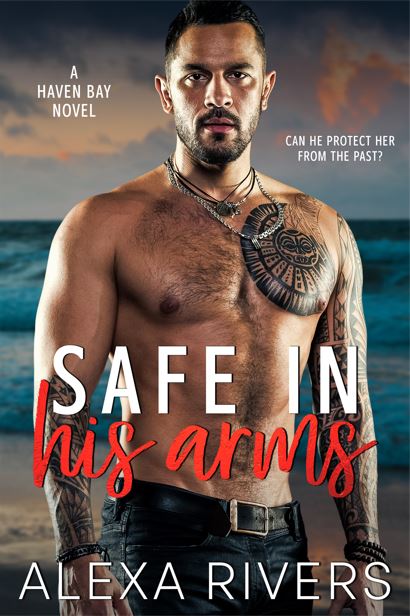 Safe In His Arms (Haven Bay 3)

She’s running for her life. He’s hiding from his past. When the two collide, can they emerge with their hearts intact?
Fleeing from her violent ex, Megan Talbot seeks refuge in the charming beachside town of Haven Bay. The kind-hearted locals are happy to help her recuperate without interfering—all except brooding, tattooed Tione, the cook at the B&B where she’s staying. He’s made it clear he thinks she’s trouble, but despite his distrust, she can’t seem to stay away from him. After all, who could resist a bearded hulk whose life is dictated by his four rescue dogs?

Tione Kingi just wants to be left alone. After his life in Silicon Valley imploded, he returned home and reinvented himself. Now, he has a few close friends, a simple job, and a cabin on the edge of the forest. He doesn’t need a pretty woman with haunted eyes turning him inside out with her every hard-won smile, and he especially doesn’t need whatever problems are following close on her heels.

The more time they spend together, the harder it is for Tione to deny the feelings growing between them. But Megan isn’t the only one with secrets, and when their pasts catch up with them, everything—including her life—hangs in the balance.

Get the book here: https://books2read.com/safe-in-his-arms-hb 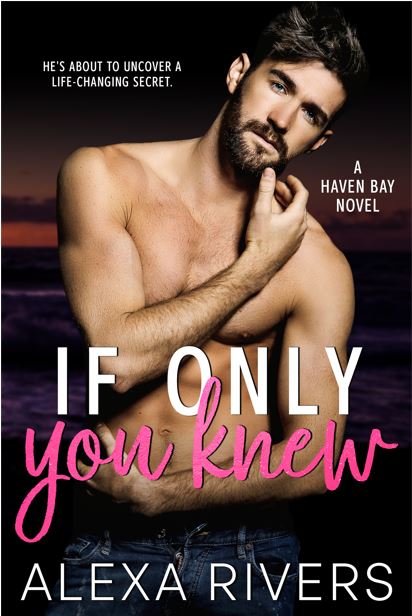 If Only You Knew (Haven Bay 4)

Five years ago, she left her ex and gave birth in secret. Now her ex’s sexy brother has moved to town, and he wants answers. But he might just steal her heart, too.

Single mother Bex Cane doesn’t have time for love. It’s hard enough managing three jobs and her precocious daughter Izzy. Fortunately, she has all the support she needs from her friends and family in Haven Bay. A man would only complicate things. But when her ex’s brother moves to the area and discovers the truth about Izzy, he throws Bex’s life into a tailspin.

Michael Briggston never thought he’d see Bex again. Not after she dumped his brother and walked out of their lives. Considering how close he’d come to making a fool of himself by proclaiming his love for her when she was unavailable, he’d been happy to see the end of temptation. But now she’s back in his life, and he can’t help noticing that her daughter looks an awful lot like his brother. He’ll get to the bottom of the mystery—even if it stirs feelings he’d thought long dead.

Despite their history, Bex and Michael can’t resist the spark between them. But when Michael’s brother arrives in the bay, can their unexpected passion survive as they figure out what it means to be a family?

Get the book here: https://books2read.com/if-only-you-knew-hb 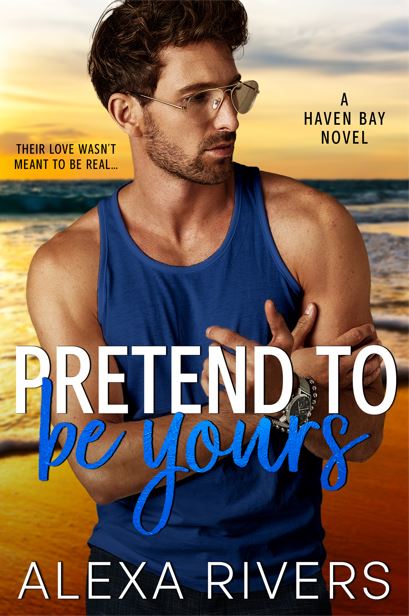 Pretend to Be Yours (Haven Bay 5)

Faith needs a fake boyfriend to ward off her matchmaking mother. Sexy single dad Shane fits the bill. Now he just needs to persuade her to give him a chance at something real.

Faith St. John doesn’t do relationships. Not after a string of men told her she’s just too much. Too loud, too quirky, too full-on. But then her parents turn up in Haven Bay with a blind date in tow. As if things couldn’t get worse, her high school sweetheart—who broke her heart and her ego—asks for a second chance. Enough is enough. She needs a man to play the role of devoted boyfriend—at least until her parents and ex leave town—and she knows just the guy for the job.

Shane Walker has yearned for curvy ice-cream maker Faith since she started babysitting his sons. He’s never bothered to pursue her because it would be crazy to imagine that the vivacious woman would even look twice at a jaded school teacher like him. But when their pretend kisses begin to feel genuine, he’ll have to decide if he’s willing to risk his battered heart.

With Shane’s ex interfering, and his eldest son reluctant to embrace Faith’s new role in their lives, can the couple overcome the odds—and their personal hang-ups—to pave a path to happily ever after?

Get the book here: https://books2read.com/pretend-to-be-yours